2015 was a particularly succesful year for our team. We won the Pacific Northwest Championships event by defeating Team 4488 Shockwave, our long-time Oregonian rivals, in the finals.

I made it a point to have a nice setup at my high school's 8th grade open house event. We drew a huge crowd, and we nearly tripled the number of recruits we had.

We designed a cascading 2 stage elevator for constant force and compact packaging. 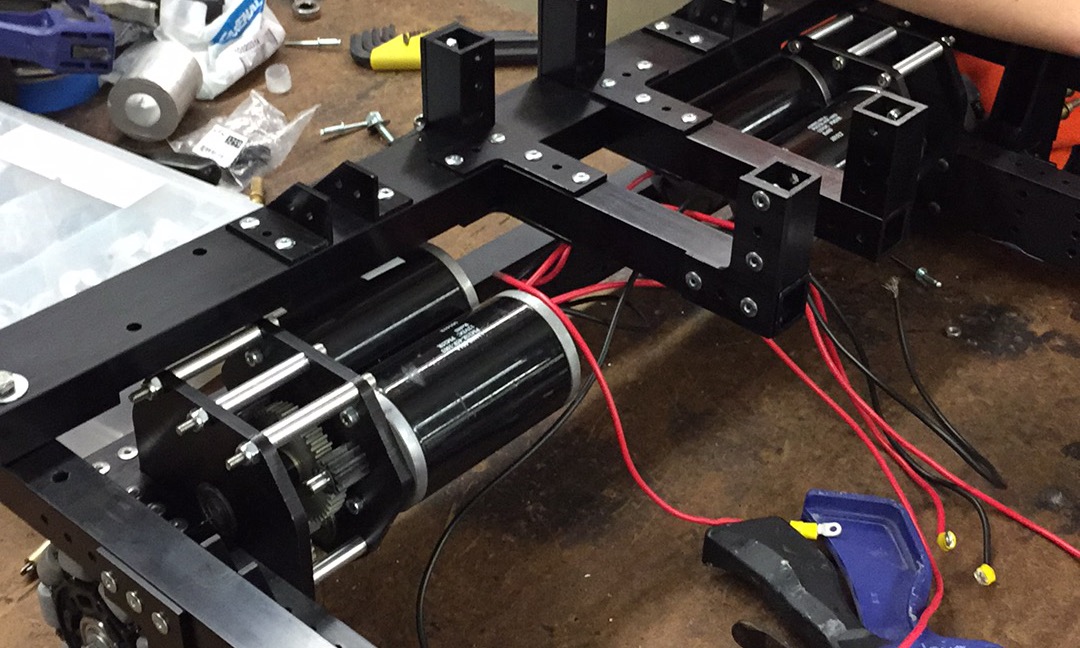 This was the first year we anodized our robot.

We used these custom gussets and pop rivets to assemble everything.

We originally thought an omnidirectional drivebase would be crucial to have, but we ended up taking it off for weight reduction.

I liked this robot so much I made a wallpaper.